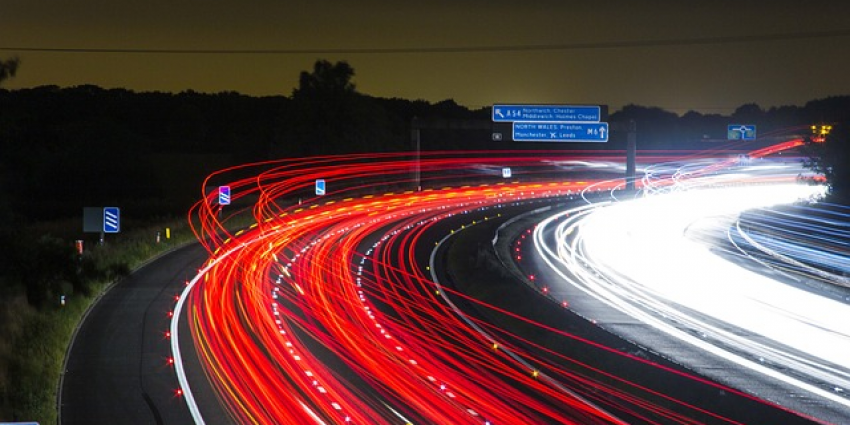 At a meeting with the press, the vice minister of infrastructure and transport, Riccardo Nencini, took stock of the study “Scenarios for freight and logistics in the medium and long term”. He underlined how “The document presented is part of an integrated strategic plan that looks at the importance and centrality of Italy with respect to traffic in the Mediterranean.

The challenge we face is the need to promote greater mobility both inside and outside our borders. Greater mobility also means greater movement of goods. There are three significant points that the ministry is carrying out. The first, fundamental, is the digitization of the infrastructures on which we have invested significant investments. Secondly, Italy has made a strong commitment to transfer 25-30% of freight traffic by 2030 to 20% by 2050: to do this it is clear that the so-called ‘last mile’, the link with ports and airports, it is essential. Finally, there are plans on the three major strategic infrastructural platforms: that of the Northeast, which includes the Brenner and opens the link with Central Europe and the Silk Road. Then there is the North-West one which looks to France and which represents the secular crossroads of European development. Finally, the great theme of southern Italy: we have planned major port investments to capture the opening of the second mouth of the Suez Canal and intercept the traffic from the East of the world that crosses our sea, “said Nencini.

The Ministry of Infrastructures and Transport started in 2015, at the initiative of Minister Graziano Delrio, a new season of planning for infrastructure and services for freight and logistics, materialized in numerous planning and policy documents: National Strategic Plan of Portualità e della Logistica (2015), Connecting Italy (attached to the 2016 and 2017 Economics and Finance Document), Position paper on the revival of rail freight transport (2016) and consequent implementation rules (2017), Position paper on air cargo (2017), works of integrated logistics areas (2016-2017) and supra-regional agreements / booths (2016-2017). The coordinator of the technical mission structure, Giuseppe Catalano and Professor Vittorio Marzano intervened at the press conference.

The integrated vision of this effort is the implementation of an efficient, resilient and sustainable logistic system at the service of the national productive economic system, which saw in the “iron care” and in the “water care” its first practical declinations, and in line with the general principles of: promotion of useful, lean and shared infrastructures; simplification and efficiency of procedures and governance; incentives for more sustainable transport modes.

The implementation effort, based on a partnership of the shares, was supported by considerable allocation of resources, among other things for investments in the port sector and for the Marebonus (€ 128 million for the two-year period 2017-2018), for the RFI 2017-2021 Program Agreement with € 66 billion of investments already financed (firstly to complete and adapt the national network to the European standards and the Alpine Base tunnels), up to the incentives for rail transport: Ferrobonus (€ 20 million) / year for three years), toll discount (about 100 M € / year for 5 years), train drivers training (2 M € / year for 3 years), adjustment of railway wagons to anti-noise regulations (20 M €).

Rail transport of goods increased in 2015, in terms of trains ∙ km, + 4% compared to 2014 and in 2016 4.6% compared to 2015, with similar growth projections for 2017. Port traffic also grew, in terms of tons, 5.2% in 2016 compared to 2014, trend data for 2017 show an annual growth of 5.4% of container traffic and a good 9.8% of Ro-Ro traffic, and the country has gone from 38 ° in 1st place in the World Bank’s Doingbusiness ranking for the Trading across border indicator, thanks to initiatives to streamline and optimize customs operations.

The Logistics Scenarios working group has identified some in-depth trajectories for further interventions in the field of logistics and freight transport, highlighting first of all the main challenges faced by the need to deepen the demographic dynamics of the country and the relations between dematerialisation of consumption and logistics. It will also be necessary to support Italy’s market penetration and performance in consolidated and emerging export markets, taking into account that exports in the period 2006-2015 have grown at rates higher than those of the other components of aggregate demand, reaching more than 30 % of GDP. In this context, the recently implemented Special Economic Zones (SEZs) represent potential game changers, particularly for the South.

Completely addressing the planning choices for logistics also means fully grasping the technological innovations in the sector (alternative fuels, automation) and the system (new production techniques) that already partly contribute to creating, on the one hand, a demand for transport services. goods and logistics and, on the other, opportunities for offering services that are very different and more varied than the current ones. Just think of the paradigm of mobility as a service (mobility-as-a-service) and the structural effects of e-commerce and the pulverization of volumes and the geography of traffic.

Lastly, the importance of coordination and linking of inter-ministerial competences was emphasized – with particular reference to the issues of Industry 4.0, national energy choices and labor policies in logistics and freight transport – and the need to promote a shared culture of collection data and monitoring and to continue to follow the logic of the participatory partnership process.